A Culture of More is Better

“Less is more” is a saying most of us don’t really believe. Why would we when American culture is all about more—having more, doing more, being more! In the U.S., hard work garners great respect and struggle is praised. We’ve been conditioned by parents, teachers, coaches and the media to always “give it our all.” We’re so habituated to overdoing, a person doing less than 110% risks being labeled as lazy.

The problem isn’t applying maximum effort when it’s appropriate; it’s striving all the time, even when it’s not necessary or to your detriment. Whether driven by an internal need to be the best, to prove we’re capable or to keep up appearances, we might hold in our muscles, not get adequate sleep or strain to go bigger, faster and harder than is comfortable. This extra exertion becomes compulsive rather than by choice—often we’re not even aware we’re doing it.

Some Downsides of Overdoing

Pushing hard in everything you do has real consequences. In physical activities, muscular effort that isn’t transformed into movement doesn’t just disappear. The energy and forces generated have to go somewhere in your body, and that means excess wear and tear on muscles, ligaments and joints. The human body is pretty resilient, so you might be able to muscle through life well into your 40’s or even your 50’s before noticing repercussions. But your body can only weather so much strain.

Then, after finishing the activity we’ve used all that effort for, we often don’t let go. Instead, we carry a high level of tension through our day, and even into sleep at night!

Unnecessary muscular effort also negatively impacts the quality of your movement. Just think of the difference between a professional dancer gliding effortlessly and a beginner’s tense body plodding along.

Another downside of extraneous effort is that it impedes learning. Your nervous system learns by making distinctions and noticing differences. Like static on a radio obscuring what’s being said, using more power than needed injects “noise” into your system. When you can’t clearly “hear” feedback from your body, it limits the speed and finesse with which you can make adjustments for improvement, be it playing an instrument, doing a sport or just crafting a detailed email message.

The Paradox of Less is More

The explosion of neuroplasticity research in the last 10 years is validating what Feldenkrais fans have known for a very long time: you can actually achieve more by doing less and get the benefits more quickly. This is so paradoxical, it’s hard for most people to take it seriously. Even those that embrace the idea intellectually may find their lifelong habits of pushing persist.

In my experience, it’s nearly impossible for people to do less, even when all the usual pressures are taken away. For example, in the Feldenkrais Awareness Through Movement classes I teach, participants are actively encouraged to their reduce effort, do less, rest frequently and to play rather than try to accomplish anything. In addition, concerns about being seen or judged by others are eliminated, as students are usually lying on the floor with their eyes closed (and now, with classes being online due to COVID-19, everyone is in the privacy of their own home!).

Finally, the movements done in class are inconsequential to daily life—they’re not going to build muscle strength or cardio endurance, and how many or how well you do them won’t determine whether you get that job promotion or resolve a dispute with your spouse!

Even with the stakes being so low, most people still push to their limits. In fact, even seasoned Feldenkrais practitioners in advanced  trainings need to be continually reminded not to try so hard!

Freedom to Choose Over Being Run by Your Habit

Now, I’m not advocating that you always do less. Rather, that you can use the appropriate amount of effort for the task at hand. Imagine having the freedom to 10%, 110% or any measure in between. Not only is this good for your physical health, but also your mental health (research—and common sense—says that people who feel they have choice in their lives have increased satisfaction and well being).

What if you asked yourself right now: Am I doing more than I need? Is there a way I could reduce my effort or do less in this moment? Perhaps that might mean relaxing your jaw, taking a full breath or reducing pressure on yourself about a particular task.

As you go about the rest of your day, I invite you to pause now and then. Use these as an opportunity to listen to yourself and see whether you need to hold your breath as you type, to hurry as you wash the dishes or to grip the car’s steering wheel with such intensity!

Are You Ready to Do Less?

Doing just the amount that’s needed isn’t so easy for most of us. My weekly movement classes are the perfect place to practice calibrating your effort and energy. I invite you to come experience first-hand how doing less really can be more.

As my student Amy shared after class last week, “You’re always saying ‘do 50%’ or ‘do less’ and I’m very resistant to that. But I did it today and it felt really good. And my shoulders, which were crotchety when I came to class, feel way better now. It’s such a good lesson for me that I don’t have to do the maximum all the time.”

Find out more about my online movement classes here 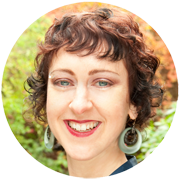 Get my monthly newsletter with ways to ease your neck and shoulders and boost your well being.

I respect your privacy and won’t spam you. You may unsubscribe at any time.